I’ve been wanting for some time now to rebuild my passenger train - the New Nickel Plate Express - to more closely resemble a modern commuter train. Over the past week or so, I’ve been learning to use Stud.io and have created the two main cars. I’ve also got some custom decals that I want to give it after it’s complete. This train is descended from the LEGO kit Cargo Railway (4559). Released in 1996, this was the first LEGO train I owned. Let me know what you think! 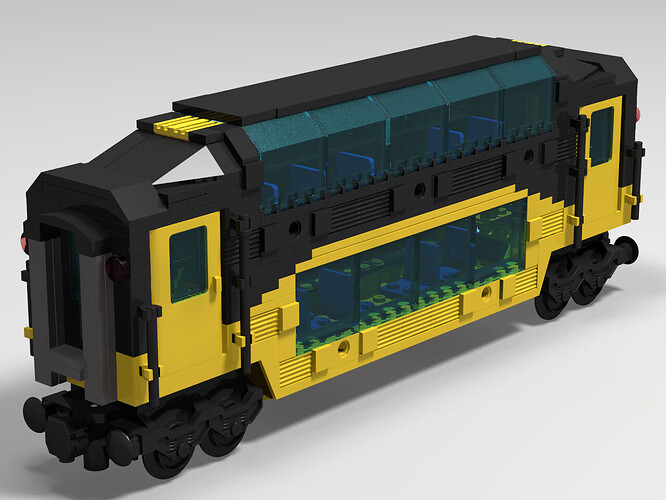 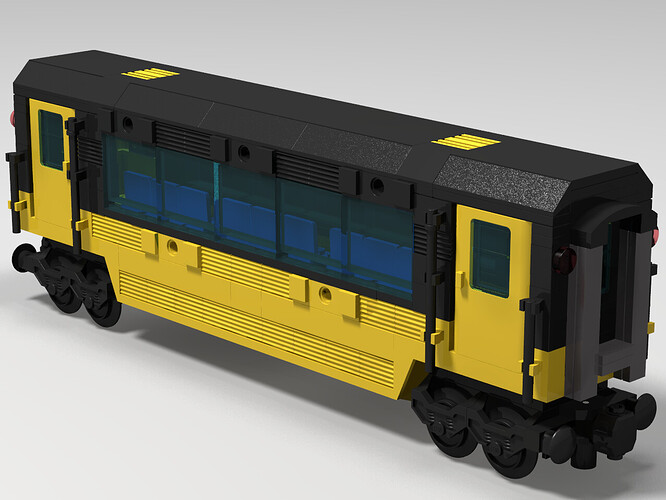 After starting this thread Saturday morning, I immediately got to work creating the locomotive. 36 hours later, this is what I built. It’s going to be another PF & 9V hybrid locomotive and I’ve already got the electrical system. I need now to take inventory of the remaining bricks and place the order(s). 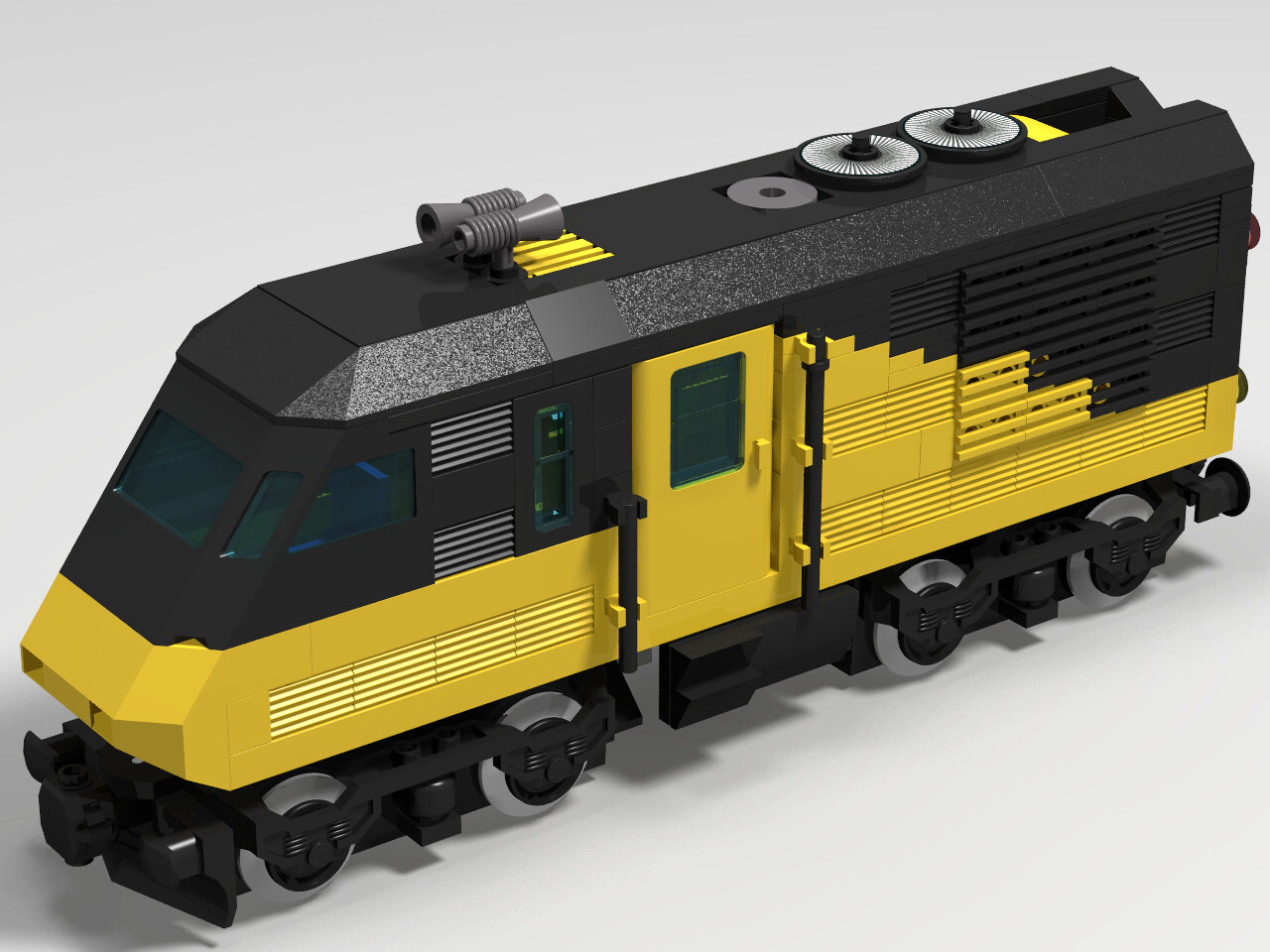 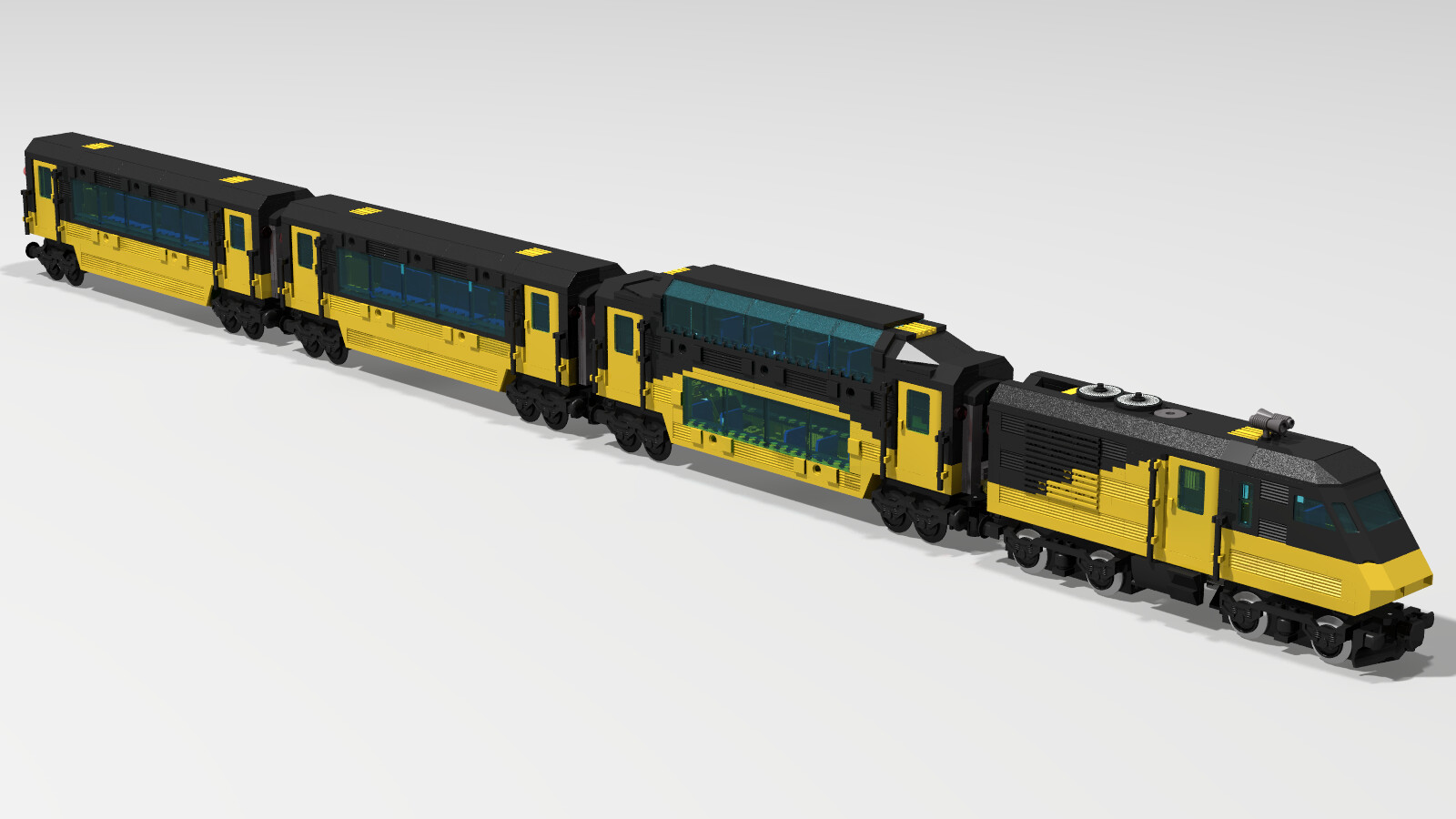 The New Nickel Plate Express is ready to hit the rails once more! The completed train rolled out of the shop last weekend and performed test runs yesterday afternoon, which ran successfully. For those that might be interested, I’d like to highlight the PF & 9V hybrid electrical system. You can see in the attached picture the PF battery, regulator, and most importantly, the 9V connection block. In addition to reversing the polarity so that both motors pull in the same direction, the connection block also supplies power to the locomotive’s 9V headlight. 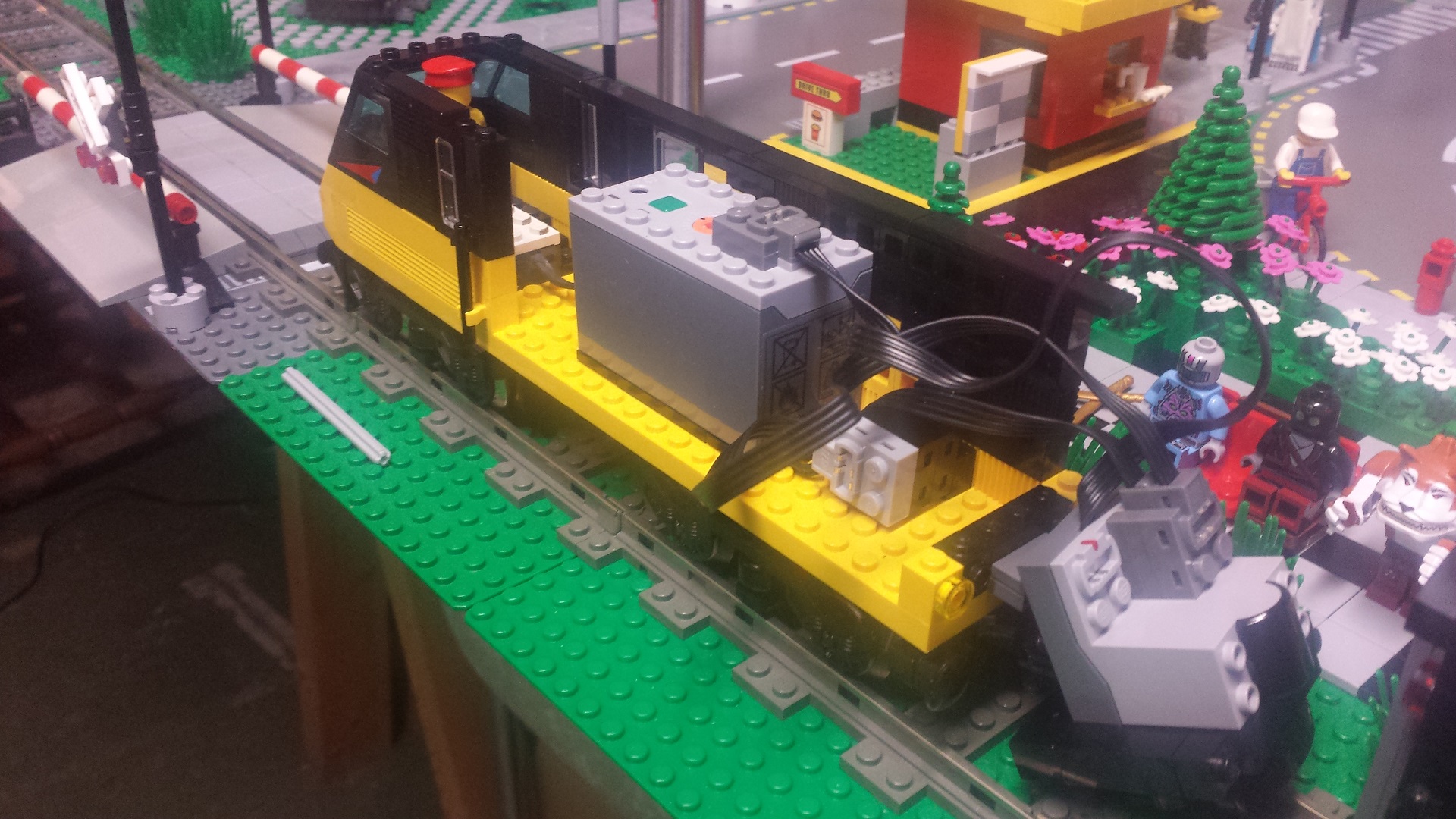 That is pretty cool! Does the PF automatically kick in when the train moves from 9v track, or do you have to remotely switch it on?

Does the PF automatically kick in when the train moves from 9v track, or do you have to remotely switch it on?

The PF system doesn’t automatically kick in, unfortunately. I’m afraid that if both the 9V and PF systems were energized simultaneously, it could cause a short circuit. It’s only meant to run under one power, but the hybridization allows me to choose which power that is, depending on the rails.

Here’s a couple more pics of the train during regular duty in Legopolis. 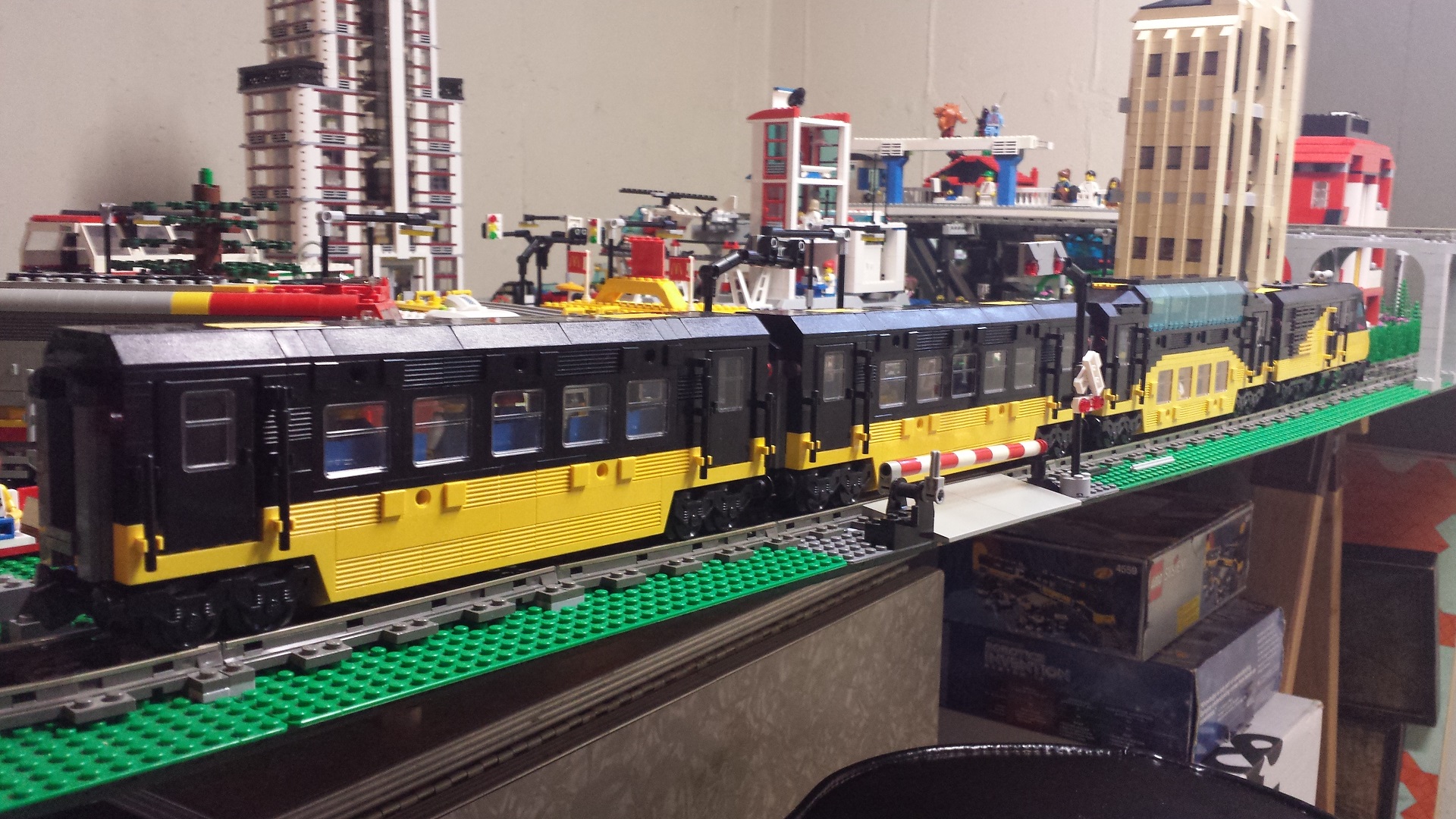 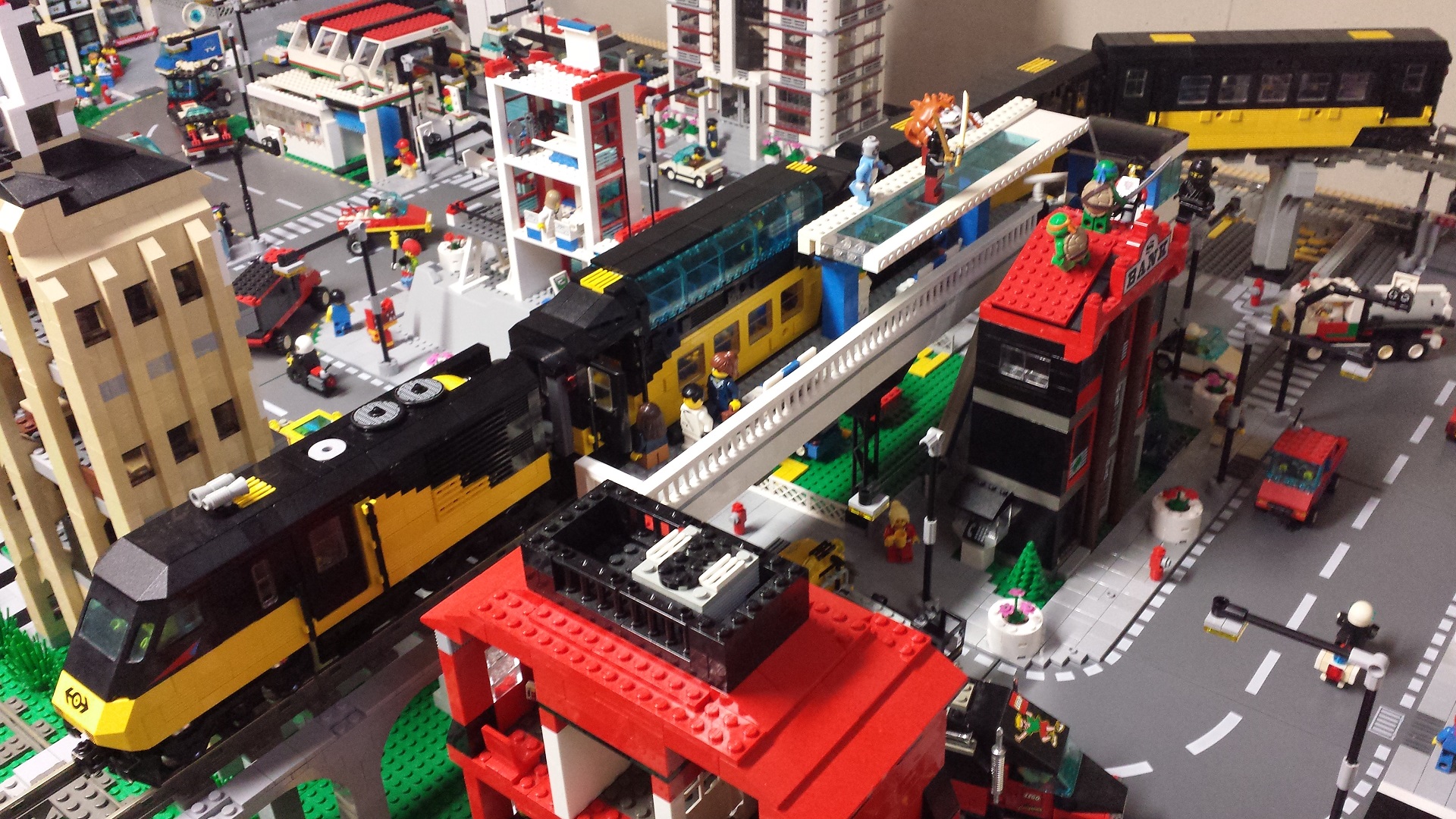